In preparation for the 2018 MLS All-Star Game presented by Target, Major League Soccer hosted the official press conference, featuring stars and head coaches from both Juventus and the MLS All-Stars in Atlanta on Monday, July 30 at the MLS All-Star Digital HQ located at the Southern Exchange (200 Peachtree).

Juventus came first, then the MLS All-Stars. One of the first questions out the gate for manager Massimiliano Allegri was the omittance of Ronaldo and a few other big names. “Dybala, Ronaldo, and others (like Juan Cuadrado) had to stay behind because they played in the World Cup,” he stated. “They need rest.” While MLS is about to wrap up their regular season, the Italian club is still in preseason.

When asked about his thoughts on the MLS Coach (Tata Martino) he said, “Tata Martino is a coach that is a very important person because he coached Barcelona and the Argentina National Team.” 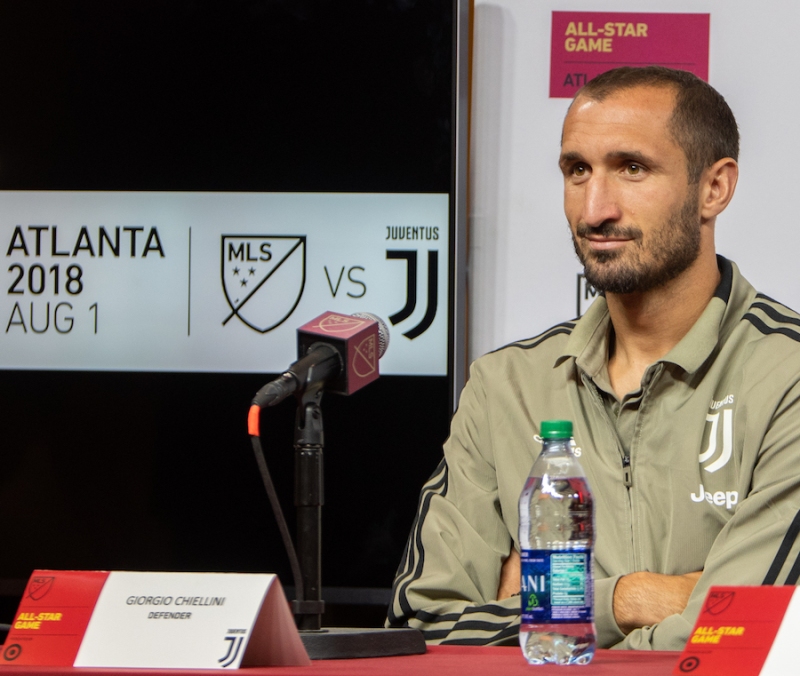 We moved on to the captain Giorgio Chiellini, who was all smiles through the duration of the conference. “My first time being a captain… There’s no difference,” was his comment when asked about he or Gigi Buffon being captain. “I’m fortunate to have played with Gigi and I honestly feel no difference.”

While we were busy with notetaking and translations, the teams transitioned with Juventus leaving and MLS coming. They stopped for a moment for a photo (which is shown on the cover) and once the MLS contingent was situated, the floor was opened for questioning. 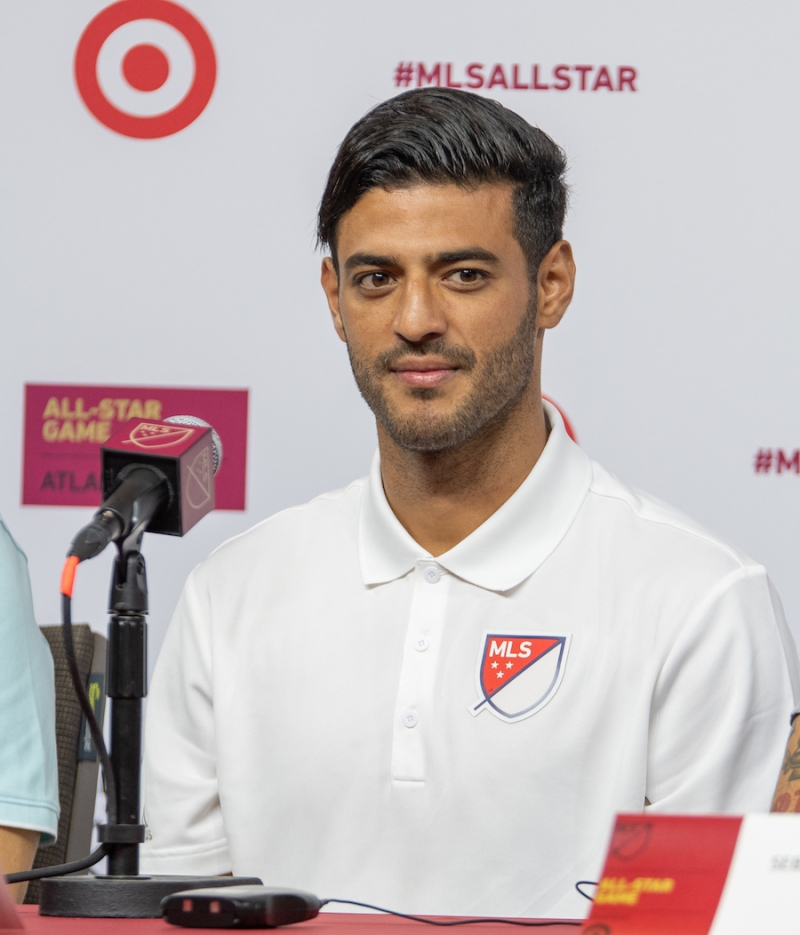 LAFC striker Carlos Vela took the first question which was about his captaincy. “I’m happy to be here as captain,” he said with a smile. “As Tata said we are happy to be here and to enjoy but, we want to win the game.” He was questioned twice about his thoughts on Juan Carlos Osorio’s decision to part ways with the Mexican National Team (La Selección) but he wouldn’t answer and put it simply, “This isn’t the time or the place.” 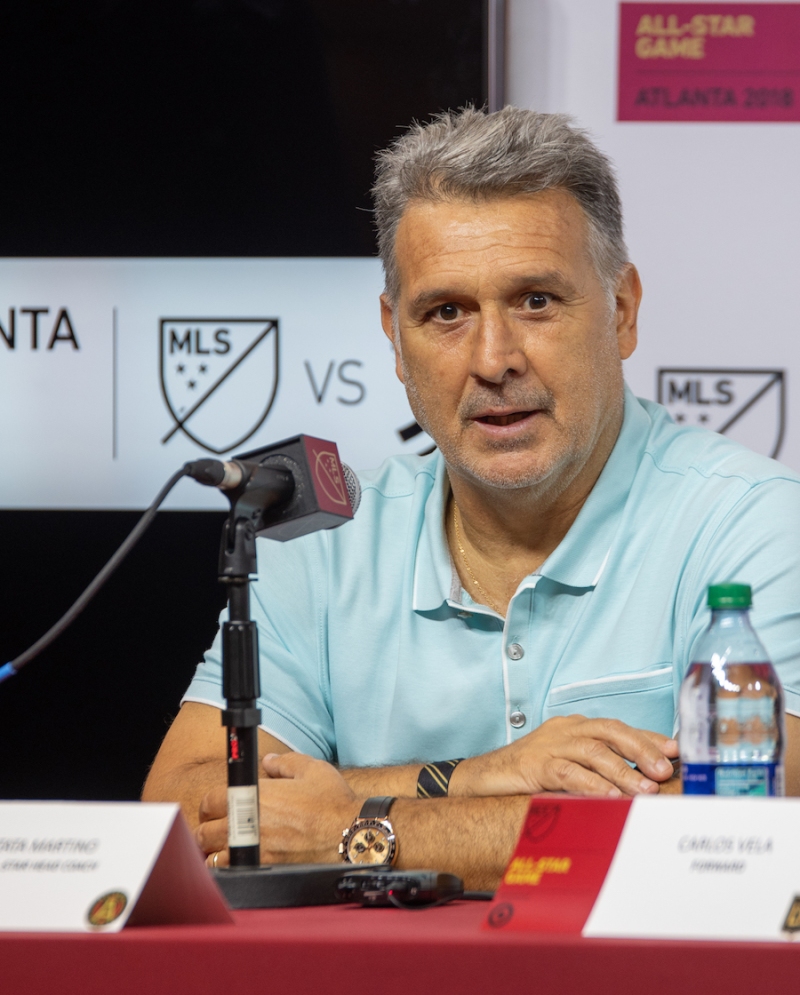 Tata Martino had mixed feelings about the All-Star scheduling. While excited to take part in such a match, he had concerns about fatigue and the timing. “In reality, I recognize it’s a bit of a challenge to have these players participating,” he said. “I understand it’s a beautiful spectacle for the league and the country but in the future maybe look to have it before or after (the season). Some teams are fighting to make the playoffs and some are fighting to stay afloat.”

We closed the press conference and official welcoming of the squads with Toronto FC star and former Juve striker Sebastian Giovinco. The press core as a whole was interested in his view on Juventus’ growth since he was a former player. “They’ve changed a lot. The team has struggled a bit over the years but they’re back to winning,” said the Canadian striker. “And with getting Cristiano it’s good for the entire Italian football movement. I hope they do well.”

Be sure to check our Facebook Page for all the photos from MLS All-Star Week.