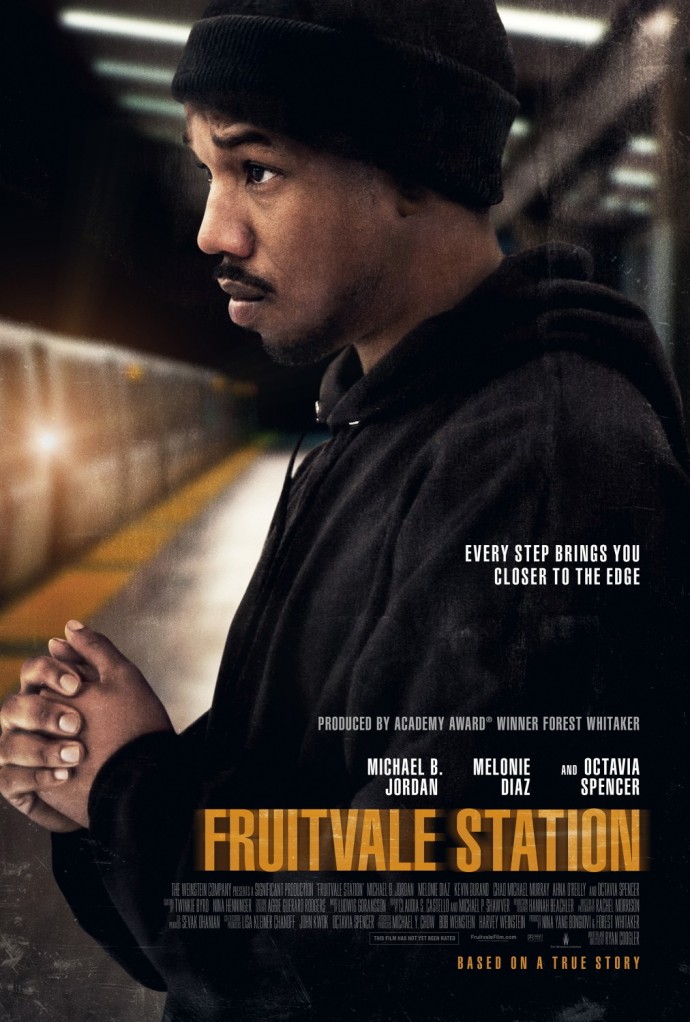 In Ryan Coogler’s first feature film, Fruitvale Station presents the story of Oscar Grant, a Bay Area native whose life was abruptly cut short on New Year’s Eve 2008. The movie was written and directed by Coogler and won 2 awards at make-or-break film festivals (1 respectively at Sundance and Cannes).

This film does an excellent job of humanizing Oscar Grant (Michael B. Jordan) and showing the type of person he was. Most of America knew him as another victim of police brutality and racial profiling, but the film does a great job of making a personal connection. After watching the film you can see a young man who wasn’t perfect, but was determined to conquer his inner demons and become a better person for his mother (Octavia Spencer) , girlfriend (Melonie Diaz), and his daughter (Ariana Neal). There were multiple scenes where you can see him truly making an effort to turn his life around and it strikes a chord.

That’s probably why it hurts so bad when you witness the inevitable. You’ve gone 70 minutes through this adventure with a character you’ve made a connection with, and in an instant, its taken away. The film is powerful. We see a young man just like any other kid with friends, disagreements with his mother, and a very goofy and proud father. His sense of humor and his liking towards Bay-Area music paint the scene (to us anyway) of any ordinary young person that may or may not be, trying to find themselves and matriculate into a fine adult.

We have to give this one a 9. The movie is excellent and we can’t continue to say enough great things about The Weinstein Company. They continue to keep a diverse array of movies in their pipeline and that should be noted. Find it in your area and buy your tickets HERE