Publisher MeoGames is pleased to announce that international top football coach and current Manchester City manager Josep “Pep” Guardiola has signed on to be the global promotional ambassador for the upcoming 3D football business management simulator Champion Eleven, which is also officially licensed by FIFPro (International Professional Footballers Association).  With the FIFPro license, Champion Eleven has the rights to use portraits of current superstar players during the 2018 World Cup year. With Guardiola’s endorsement and the inclusion of official player statistics, Champion Eleven promises to deliver the ultimate, high-quality football experience that fans deserve in a World Cup year.

Guardiola is legendary among football fans worldwide and has reaped many top honors and rewards as both a player and a coach. As a player, he captained both the Spanish national team and FC Barcelona. As a coach, he led Barcelona to win the La Liga championship, the UEFA Champions League, and the 2009 FIFA Club World Cup, and at Bayern Munich won the 2013 FIFA Club World Cup. Guardiola signed with Manchester City in 2016, and this season the team recorded the longest winning streak in European League history.

“We are thrilled to be cooperating with Mr. Guardiola on the Champion Eleven game,” said the director of MeoGames. “In addition to acting as spokesperson, he will be leveraging his renown with football fans worldwide in a series of video marketing campaigns during the World Cup with television and social networks such as ESPN, YouTube, and Facebook.”

Prior to announcing Guardiola’s ambassadorship, MeoGames had already announced that Champion Eleven would be officially licensed by FIFPro, granting access to real information and portraits for more than  60,000 male and female players from 63 national players’ associations, including the Premier League, SERIE A, Ligue 1, Portuguesa, Primera División de España, and Eredivisie. 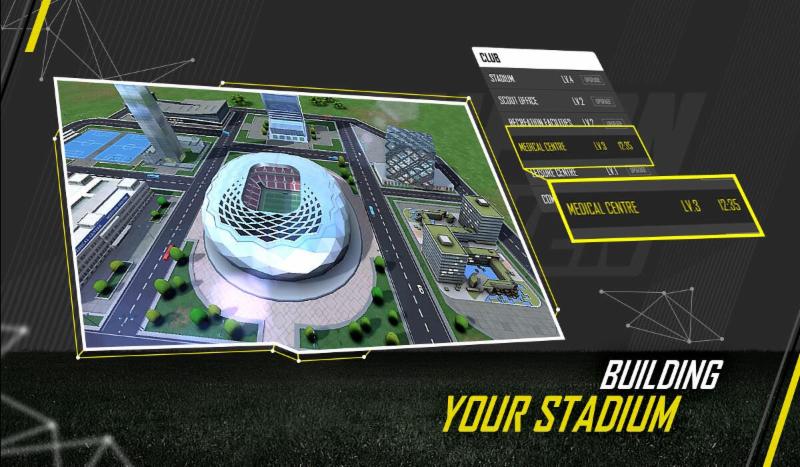 Users begin the game by creating a team/club, selecting a name and country, whilst also being able to change their team logo and home and away kits. In player selection, users have access to FIFPro’s actual player database where they may seek out players based on their competitive statistics, or look for their favorites. Users participate in training to improve the team’s experience and earn extra in-game currency. Of course, this is just the beginning. The real gameplay comes in with how well users manage their club, both in acquiring wealth and ultimately cultivating a top-ranked, globally powerful team.

Champion Eleven tests users in all areas of football club management, including players, staff, stadium, finances, team roster, tactics, and more. The most in-depth part of the game is in player and tactical management. Training can be done individually or as a group, for one skill or overall. Tactical management can be tailored to the user’s own preference in both offensive and defensive plays. Training points for tactical upgrades can be accumulated throughout the game, or purchased via the in-game store if the user has earned enough to buy them.

“The World Cup only comes once every four years, and it is a huge event for football fans where they can express their love of the game,” the director continued. “It’s no longer enough to simply watch the matches. Fans want to participate in the game by controlling their favorite teams and players, to fight for the highest international honors. We want to bring the most realistic football game to millions of fans around the world.”

For more information about Champion Eleven, check out its official website at http://www.championeleven.com

Check out the new trailer for the game: