After giving fans a glimpse into Chapter Six of the aquatic fairytale, with the release of the theme for Imagine 2019- “What Lies Deep at the Bottom of the Ocean,” the first round lineup is finally here. Featuring a series of mind-blowing headliners, as well as talent that underscores the depth of this annual announcement, fans are once again invited back to this aquatic mecca September 20-22, 2019. Headlining artists joining previously announced Seven Lions, include the following: Diplo; REZZ; Above & Beyond; Alison Wonderland; Zeds Dead and Marshmello.   With still more headliners to be announced, this initial collection of top tier names are joined by over 30 additional artists.

“Finally we are able to let the cat out of the bag and show our fans what has taken many months to curate,” says Iris Presents founders Glenn and Madeleine Goodhand. “Each year we challenge ourselves to top the previous lineup and that is proving to be more and more difficult. We are thrilled with the initial lineup and have many more gems to reveal over the next few months. 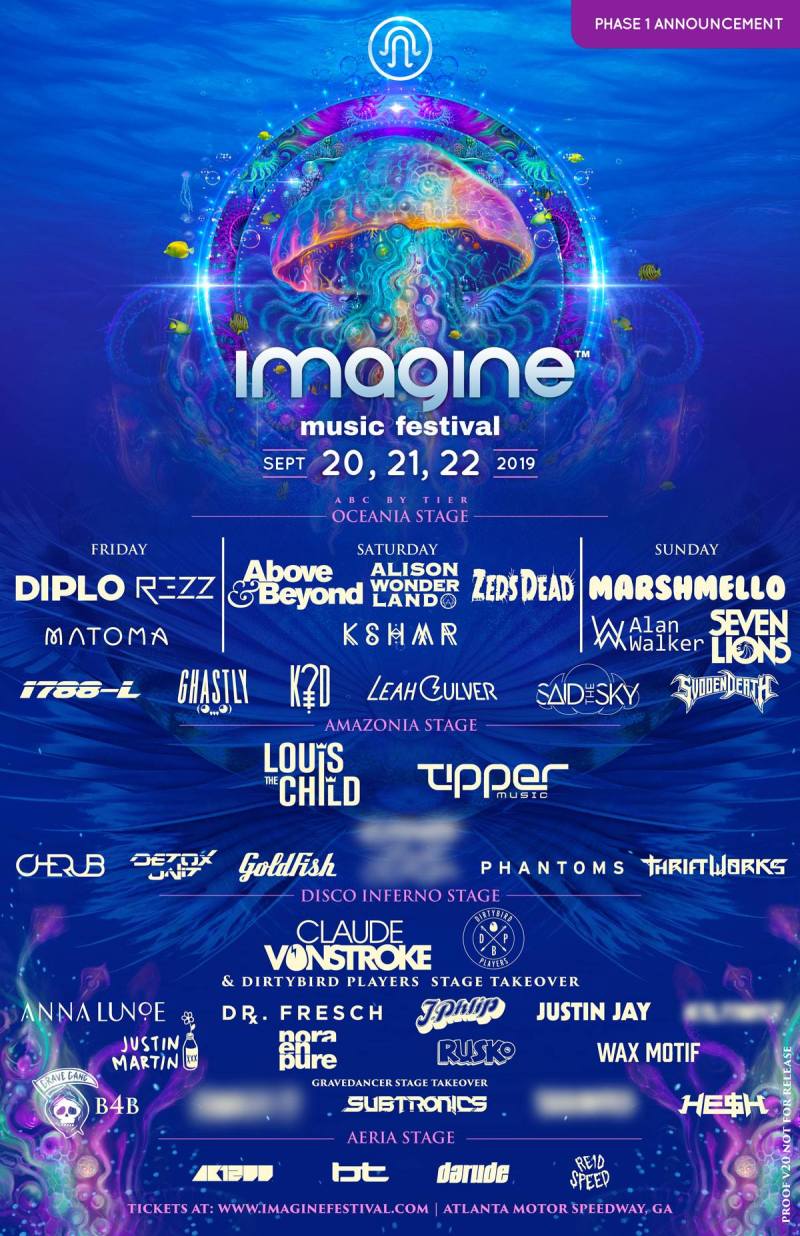 Imagine Music Festival is produced by Iris Presents. Visit www.imaginefestival.com for the most up-to-date information.